A Brief History of Street Style

Los Angeles is well-known for its popular street fashion. The origins of street wear can be traced back over one hundred years as the turn of the twentieth century brought migrants from all over the world to the city of angels in hopes of achieving their dreams.

During the early 1900’s, people from all backgrounds made their way west, eventually settling in what would become one of the biggest cities in the United States: Los Angeles, California. These migrants brought with them a sense of ambition. Local and global politics and culture would not only have an effect on the way people lived but also on what they wore. As a result, Los Angelenos have continued to craft their own unique sense of style throughout the decades.

The earliest known form of Los Angeles streetwear started in the 1910’s. During this era fashion was fairly conservative. Men wore three-piece suits and women wore corset’s and floor length dresses. Fashion in the 1910’s and subsequently the 1920’s was affected greatly by cultural shifts that occurred as a result of WWI. The world was becoming more global and fashion trends began to follow. Women began to move away from conservative fashion, opting for looser clothing and ‘exotic’ pieces inspired by East Asian culture. The end of the war also brought great prosperity and a new-found sense of

freedom to the US and people in major cities such as Los Angeles and New York expressed this through the outfits they wore. People were celebrating their wealth and partying the night away. Women dressed much more androgynously, cutting their hair short and wore less fitted silhouettes. The flapper is the most notable style to have come out of this era.

During the 1930’s and 1940’s Hollywood would transition from the silent film era to “talking pictures” and would soon become the world capital for film and entertainment. Hollywood actors would become household names, and what they wore would become hot topics for conversation. On the one hand more conservative and feminine silhoutes were back in style and actresses such as Bette Davis and Viviene Leigh became known for their beautiful fitted gowns. On the other hand, actresses like Marlene Dietrich began to buck gender norms, opting to wear both women and men’s clothing on and off screen. Lingerie, stockings, and pants became popular items for women to have in their wardrobe. The “zoot suit” became one of the most popular outfits for men to sport during this time. This particular style was popular amongst black and Latinx young people in Southern California as jazz became popularized in the region.

After the end of WWII there was an effort by the government to support the “nuclear family” as the ideal family model. In this model, women were to be homemakers and their femininity was emphasized. Fashion had a clear gender divide in the 1950’s. Corseted outfits became popularized again as gentle flowing skirts and dresses were all the rage.

This was also the age of the “greaser”, a well-known 1950’s style that was most notably captured in the 1978 classic Grease. The name  “Greaser” was given to Mexican migrants to California during the 19th century as an insult, as many worked low wage jobs greasing carts. Young Mexican men reclaimed the titled as street gangs known as “greaser gangs” grew in Southern California. The name greaser as well as the style was appropriated and popularized by Hollywood hunks such as Marlon Brando and James Dean. Greasers were known for their slicked back hair, fitted white t-shirts, sneakers and leather jackets.

The 1960’s marked the rise of the Civil Rights Movement and the Sexual Revolution.  Fashion became more experimental. Skirts became shorter and clothing became much more colorful. Bikini’s which had been invented almost two decades earlier were mainstreamed in the 1960’s as Hollywood films popularized the teen beach party. Men and women wanted to look sun-kissed and beach ready just like the Hollywood stars they idolized. The Space Race of the 1960’s also inspired fashion trends like large sunglasses and outfits made with nylon and spandex. Second-wave feminism brought more women into the workplace and made bell-bottoms a popular statement piece. Fashion designers began to create outfits for the new independent single woman.

The 1970’s was also a time of revolution for fashion. Following the innovative trends of the 1960’s, the 1970’s was a decade of experimentation and exploration for street style. Conformity to tradition was out the window. Mini-skirts and bell bottom pants, fitted shirts and knitwear went from fashion subculture to mainstream as fashion technology evolved, making production easier for designers. As more women entered the workplace, pant suits tailored for the curves of women’s bodies began to gain traction. Rock music was in full bloom and with it brought a new sense of style. “Glam rock” was a style of both music and dress that embraced androgyny that was popular in urban cities like London, Los Angeles, and New York. Male rock stars could be seen performing in extravagant costumes like colorful form fitting jumpsuits or skintight leather pants. Their looks were often accentuated with make-up and glitter. David Bowie, an English rock star was boosted to international fame for both his iconic music as well as his style, which embraced femininity. Fashion during the 1970’s was also political, especially for marginalized people in America. The Black Panther Party, a controversial revolutionary organization that started in Oakland, CA but eventually moved south to LA as well as east, began a movement after the end of the end of the Civil Rights era in the mid to late 1960’s. The Panthers were well known for their style, as they often sported black turtlenecks and black sunglasses. They also embraced natural black beauty, choosing to wear their natural hair rather than chemically straightening it to conform to society. Their style pushed against Eurocentric beauty standards and inspired future movements in the black community and other marginalized community to embrace their natural features.

In the 1980’s, athletic gear became popular to wear during everyday life. Urban dwellers could be seen sporting velour tracksuits and athletic sneakers became a common type of footwear for people to have. Fitness was all the rage and fashion took its cues from it. Head bands, leotards, bike shorts, and leg warmers became staples in athletic circles. Shoulder pads, an assortment of hats, and plastic jewelry, all in bright colors, became staple items in young women’s wardrobes.

Hip hop was also born in the 1980’s and 1990’s and so was a new urban fashion trend. Hip Hop was invented by Black and Latinx youth during the 1980’s in New York City. It also found a home on the west coast in the city of Los Angeles as well as in the mid-west and the south. Noticing its growing popularity, fashion brands such as Adidas began to collaborate with emerging artists. Hip hop artist became style icons, making leather bomber jackets, bandanas, and sneakers popular for young people to wear in urban epicenters. Dapper Dan, a fashion designer pioneered many trends worn by popular artists like Salt-N-Peppa and Jay-Z. Timberland boots, previously known to be a working boot in New England, were now associated with rap artist like Tupac Shakur and Biggie. As rappers gained international notoriety, their influence on pop culture and fashion became global.

As new technology made it easier to mass produce clothing, fast fashion grew in popularity during the 2000’s. Young people could get “straight off the runway” looks at affordable prices at clothing giants such as Macy’s and JC Penney. Nightwear was inspired by the turn of the millennium. Leather and chunky shoes were worn by both men and women. Young people also embraced more casual outfits. Ugg boots, jeans and sweatshirts became common staples in one’s wardrobe. 2000’s fashion also took inspiration from previous generations. In the early 2000’s, there was a reemergence of the “hippie” style popularized in the 1960’s. Women began to wear dresses over their jeans as well as platform boots.

In the latter half of the 2000’s fashion inspired by the 1980’s made its debut. Bright colors and multiple accessories were commonly dawned by popstars and actresses. Wearing brand name clothing such as Adidas and Nike were common in urban epicenters like Los Angeles, as they were often a sign of wealth and access for young urbanites. Kitson was a store in Los Angeles that was well known for being frequented by celebrities and socialites during this decade. Other popular brands of the era include Juicy Couture. Both brands saw a steep rise at the beginning of the decade but had quickly faded in popularity by the 2010’s.

The 2010’s recycled many of the trends made popular by the 50’s, 60’s 70’s, 80’s, and 90’s as “vintage” fashion became a new trend. Trend setters also wavered between bright colors and African and Asian inspired patterns and more muted pieces. Grudge, a popular subculture in the 1990’s, reemerged in the 2010’s. both men and women would wear ripped clothing, flannel, and combat boots, all in dark colors. Rompers, jumpsuits, body-con dresses, and stilettoes were re-popularized by LA reality stars like the Kardashians. While skinny jeans were popularity in the early 2010’s, wider leg pants and “mom jeans” replaced them as of the late 2010’s. It appears as of 2019 the 70’s was the main inspiration for clothing as popular brands like adidas have started to produce vintage inspired sportwear and shoes.

A new trend to emerge from the 2010’s is the fashion influencer, or a social media user who specializes in influencing fashion trends utilizing their social media presence. Social media platforms such as Instagram and TiK Tok have become hotspots for the latest trends as major and minor brands alike are starting to utilize the influence of the stars made popular by them in order to access new customer bases. One such influencer is Nava Rose, a 29-year old Los Angeles-based fashion designer who found popularity of Tik Tok by showcasing her DIY outfits. She currently has over 2.2 million followers as well as over 57.6 million views. She has a unique sense of style that has inspired others to create their own outfits.

As we continue to feel the effects of the global coronavirus pandemic and its impact on our everyday life one has to wonder how it will impact the fashion industry. We are no longer shopping in stores, instead opting for online shopping. Face masks, which have previously been reserved for healthcare workers are now a requirement for most of us to wear to combat the spread. Like in the past our present circumstances will inform how and what we dress in. It may be that suits go out of style as more of us stay and work at home. Masks may become an everyday accessory. We may even see a reemergence of self-made outfits as some us pick up sewing in order to pass the time. Time will only tell how this new decade will be remembered and the way we wear our clothes will be no exception

Check out our new styles!⁠ ⁠ Link to Online St

Like our new Tie-Dye Tees?⁠ ⁠ Link to Online S 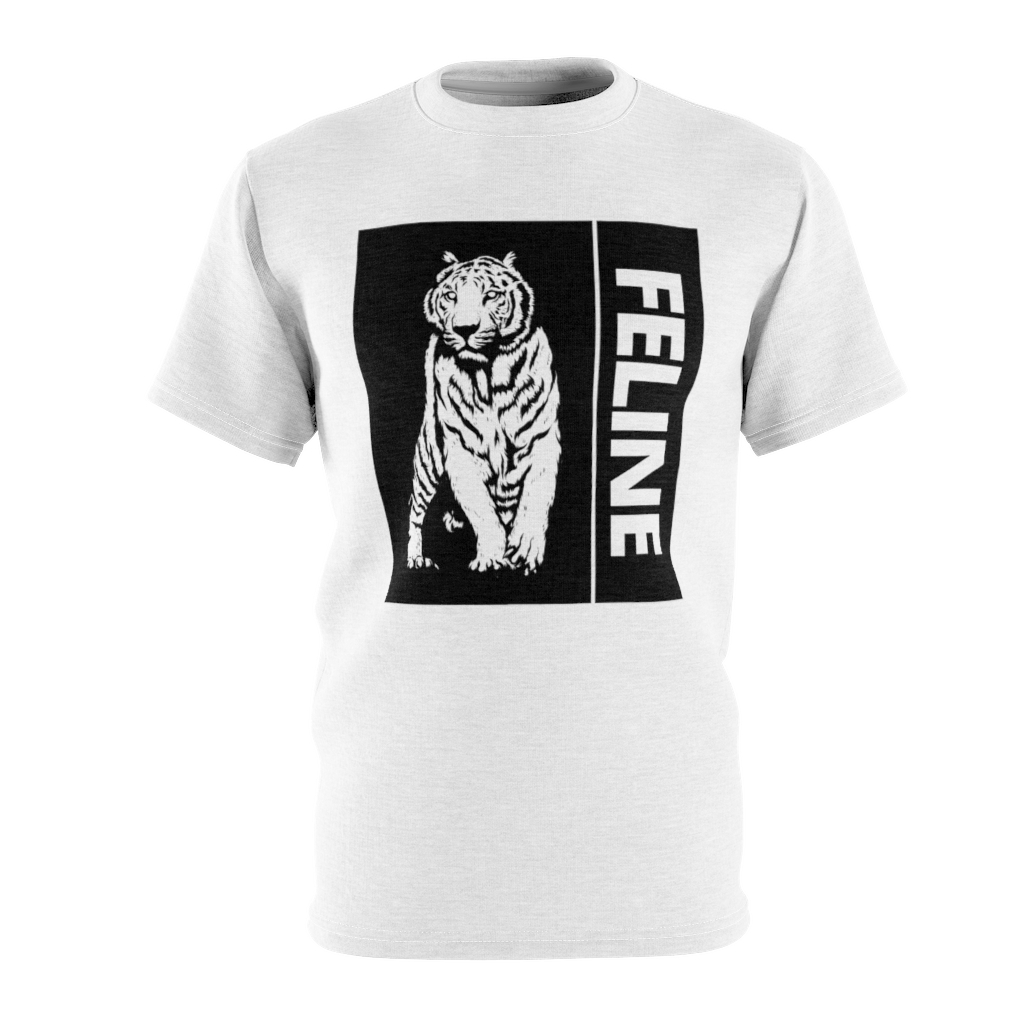 Check out our new styles!⁠ ⁠ Link to Online St

Like our new Tie-Dye Tees?⁠ ⁠ Link to Online S